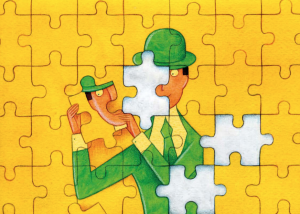 With the publication of its sixth issue, GTK tends to show its own versatility in a more and more distinct way and profess a multidimensional vision of Gestalt Therapy. It is a process of progressive expansion in this field − compared to the first issues, which were focusing on primary topics − broadening its view towards different horizons and manifold matters. However, the common thread is unchanged: there is the certainty that the model originated in the nineteen-fifties in New York is still genuinely up to date, when it comes to clinical research as well as art, interpretation of society and history, and therapeutic approach.

Indeed, the real core of this issue is the hermeneutical flexibility of Gestalt Therapy. 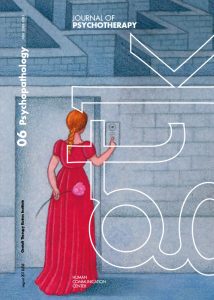 Browse the entire Magazine on Issu

From the point of view of Gestalt, one can usefully read and fruitfully intervene on one of the most painful and common pathologies of our times: the Dementia of Alzheimer’s disease, which Grace Maiorana and Barbara Buoso interpret according to the “on-between” category.
However, from a Gestalt perspective, one can talk with sharpness, acceptance of everyday life and humanity about the huge challenge of being a parent or, in other words, to be together as fathers and mothers in a time that is allergic to any strict definition of roles and authorities. This is the sense coming out from Aluette Merenda interviewing Giovanni Salonia and Valeria Conte, closing the ‘Research’ section.
After all, Gestalt Therapy can work as a comprehension path and as an alternative resolution of typical distress of aesthetic sensitivity in its finest sense, such as the so-called “violinist’s cramp” (explained in a very clever way by Giovanni Turra in his ‘New clinical applications’).
All things considered, this is done for a spontaneous acceptance of social changes that generates the actual model, the result of an encounter of migrant intellectuals, who belong to different cultures and social backgrounds (the outcome of the nice survey by Serena Bimbati); it is also done to give attention to the thorniest topics of our times, such as the autoregulation of therapeutic relationships with regards to the massive rock of honesty, which Giovanni Salonia faces with lightness and expertise in his essay ending the section ‘Society and psychotherapy’.
The accurate review by Adam Kincel on “The moon is made of cheese” enshrining a valuable dialogue between the GTK Institute and the British Gestalt Journal (the author is a spokesperson of it) closes the sixth stage of this journey. The entire publication is embellished and enlivened by the stunning illustrations created by Angelo Ruta.